Hector Levesque of the University of Toronto and Moshe Vardi of Rice University have been named the 2020 ACM-AAAI Allen Newell Award recipients. They share the $ 10,000 prize, co-funded by the Association for the Advancement of Artificial Intelligence.

The ACM – AAAI Allen Newell Award is named in honor of Allen Newell, one of the founding pioneers in the field of artificial intelligence and, from 1979 to 1980, the first president of the American Association for Artificial Intelligence, the old name of AAIA. It has been presented annually since 1994 to one or more individuals selected for career contributions that have scope in IT, or that link IT and other disciplines.

Hector Levesque is Professor Emeritus in the Department of Computer Science at the University of Toronto. Among other books, he is the author of Common Sense, the Turing test, and the quest for real AI in which he describes his proposals for using Winograd diagrams to judge whether a computer program has really modeled intelligence at the human level, which we reported in 2014 and again in 2016.

For fundamental contributions to knowledge representation and reasoning, and their wider influence within theoretical computing, databases, robotics, and the study of Boolean satisfiability.

The award recognizes his contributions to logic-inspired artificial intelligence and their impact on several sub-disciplines of computing, noting that with his collaborators, he has made fundamental contributions to cognitive robotics, multi-agent systems , theoretical computer science and basic systems of philosophy and cognitive psychology, which have inspired applications such as the semantic web and automated verification.

Moshe Vardi is the Karen Ostrum George Distinguished Service Professor of Computer Engineering at Rice University, where he teaches research logic and ethics. He is also a professor at the Baker Institute for Public Policy and leader of the Rice Initiative on Technology, Culture and Society. His research interests cover automated reasoning, database theory, computational complexity theory, multi-agent systems, and computer-aided systems. design and verification. He has authored / co-authored over 600 articles and two books and is the Editor-in-Chief of CMA Communications, having served as Editor-in-Chief for a decade. 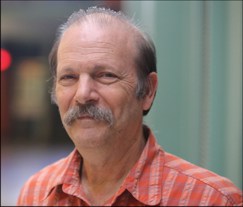 In database theory, Vardi developed a theory of general data dependencies, finding axiomatizations and solving their decision problem; introduced two basics of measuring the complexity of query evaluation algorithms, data complexity and query complexity, which quickly became the industry standard; created a logical theory of data updates; and characterized the expressive power of query languages ​​and associated them with complexity classes. In software and hardware verification, Vardi introduced an automata theory approach to the verification of reactive systems that revolutionized the field, using automata on chains and infinite trees to represent both the analyzed system and them. Unwanted calculations of the system and in the theory of knowledge, he developed a rigorous basis for reasoning about the knowledge of multi-agent and distributed systems, a problem of central importance in many disciplines.

Vardi was also named the 2021 Knuth Prize winner for:

“Major and high impact contributions to the foundations of computing”. 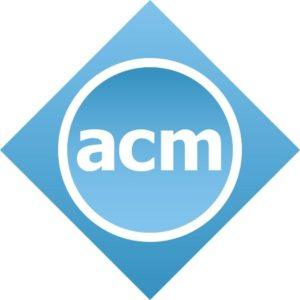 No winner in the first Winograd drawing competition

2019 Knuth Prize awarded for his contributions to complexity theory